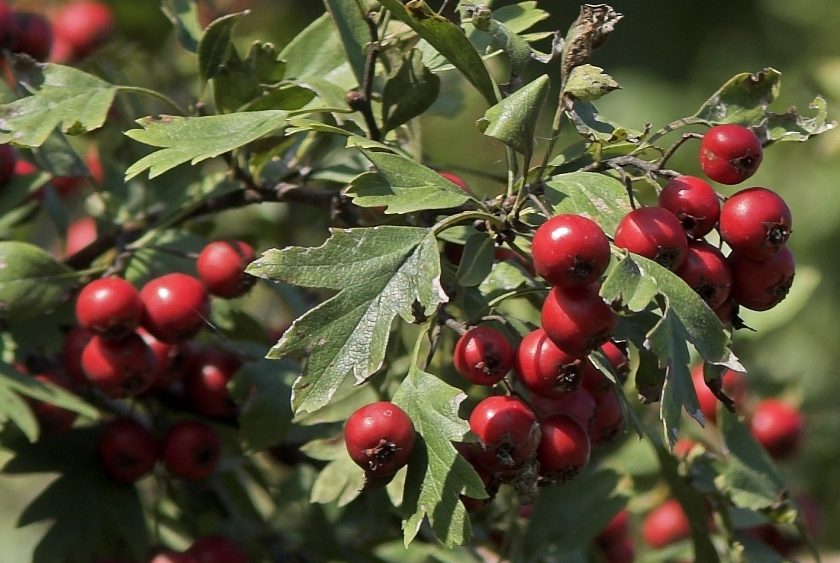 Autumn is one of the best seasons for herbalists

It’s late August as I start writing this, but after a big rainstorm last week the nights are cool, the morning dew is heavy and there is a tang of autumn in the air. The leafy greens and the raspberries and blueberries in the garden are almost finished and soon the hazelnuts will be picked.

For herbalists this is one of the best seasons. The rush to get leaves and flowers harvested and dried at the right times – leaves before flowers and flowers before seeds – is now over and we can enjoy a more leisurely approach to the fall harvest. Barks and roots can be picked over the next few months until deep winter arrives, and seed heads can often be picked and brought indoors to finish ripening and escape the predatory birds and squirrels.

If you want to pick on private property, be sure to ask permission. Most people are only too pleased to let you cart away their ‘weeds.’

Before picking a plant, make sure it is properly identified. The best way to learn this is by going on herb walks with an experienced herbalist or at least, do invest in a really good book of plant pictures (Plants of Coastal British Columbia: Including Washington, Oregon and Alaska, by Pojar and MacKinnon, Lone Pine Publishing is excellent).

Only pick where you know there has been no pollution. Do not pick by the side of roads nor along railway tracks. Be wary of hedgerows and waste lands, and try to avoid picking under overhead power lines.

Do not over pick. The rule of thumb is to pick one plant for every 10 on a site. This ensures that there are always enough to set seed for the following year.

Berries ripen in the late summer and many are medicines as well as delicious food. Pick only those that look plump and fresh, and check for bugs that like sweet fruits too.

Hawthorn berry is used to repair structural damage in the heart (e.g. valve defects), as well as strengthening the walls of blood vessels and reducing vascular inflammation (think ‘COVID toes’).

Blueberries contain pigments that assist in night vision and can reduce oxidative stress in the eyes (IE: in cataracts or diabetic retinopathy). Wild blueberries are the highest in flavonoids, but cultivated ones are good too. Frozen blueberries are my favourite after-dinner-treat. I eat almost a cup a day year-round and it may just be coincidence, but I am in my late 50s and I still have 20/20 vision!

Elderberry has shown in several studies to support immune health and reduce severity of viral infections (be sure to only harvest the blue or black type, not the West Coast red one, which is slightly toxic).

Rosehips are the fruit from the wild rose and filled with vitamin C to fight infections.

Some berries like blueberries and raspberries, or wild Salmon and Thimble berries, can be frozen directly after picking. Be sure to label and date every bag.

Berries can be dried in a counter-top dehydrator, but they take ages unless you can be bothered to cut them in half first. Another way is to cook them down on a low heat to a slurry with as little added water as possible (a crock pot or slow cooker works great here), and this can be frozen in ice cube trays then stored for future use. A frozen cube can be thawed in hot water for a winter beverage, on your morning oatmeal or added to a smoothie or sauce.

Some berries like rosehips, have a hairy part that can’t be eaten as it irritates the throat. You can laboriously remove by hand before cooking or pass the cooked pulp through a fairly fine sieve lined with cheesecloth.

Many plants store sugars in their roots over winter and late fall is the best time to dig them. These include carrots, beets, parsnips and late potatoes (we just dug some potatoes we had forgotten in the spring and they were as big as my foot!).

In the woods and the herb garden, we are happy to find many good root medicines. Use a garden digging fork to loosen the earth around the root and scrub well to remove dirt. Chop small before drying roots or they will be too hard to handle.

Burdock has a deep taproot that can be eaten (in Japan, the root is known as gobo and is a common pickled vegetable). It is a biennial meaning it grows in year one and flowers, fruits and dies in year two. The root needs to be harvested in the fall of year one or spring of year two, so it still has substance and isn’t shriveled up as it will be by the end of the second year. In herbal medicine, it is used as a blood cleanser and to stabilize blood sugar.

Yellow dock root is notably high in iron. After chopping, place the root into apple cider vinegar for two weeks, shaking daily, to extract the minerals and make a mediated vinegar for the kitchen.

Barks can be quite time consuming to harvest, as you first need to remove the corky, dead outer layer. What we actually harvest is the living cambium layer beneath where all the tree juices flow. For this reason, they should be harvested spring and fall when the sap is running. Never strip bark off a living tree as it will damage it forever. Trees are adapted to lose branches in winter storms, so you are better to take off a whole branch and then strip everything you can off the branch. Use a rasp or coarse carpenter’s file to remove the outer bark, then a two-handled draw knife if you have one or a sharp pocket knife to remove the green cambium layer which can be chopped and dried,

Oak bark is very astringent and used to dry up secretions and tone a tissue. A gargle is good for inflamed gums, tonsils or throat. A cotton pad soaked in oak bark tea can be applied to hemorrhoids or to varicose veins. Native people used to soak their feet in oak bark tea to toughen them up before long walks.

Wild cherry is always the first tree to bloom in the woods, bursting gaily into masses of white flowers when all the rest of the forest is still asleep. The flowers cheer the spirits in early spring, but it is the bark that makes a fantastic cough medicine, soothing and expectorating.