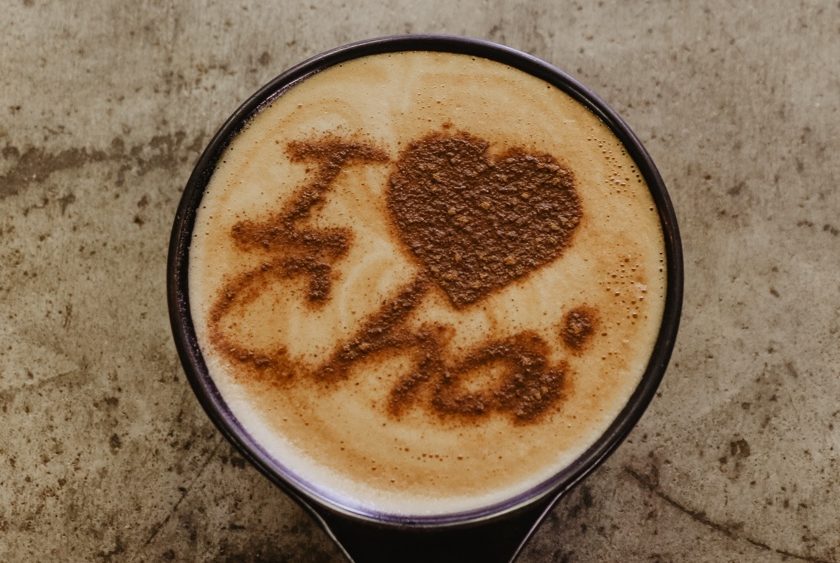 In the early 1980s I had the great good fortune to live and work in India for two years. During that time, I became enamoured with the sweet and spicy Chai tea, which was served in every roadside cafe and drunk by everybody throughout the day.

How well I remember the train from Madras to Delhi, 36 hours on a hard wooden bench surrounded by boisterous Indian families, and being woken in the wee hours as we pulled into a station somewhere in the middle of the country, by young boys coming through the carriages with hot sweet tea in unglazed clay mugs that we threw out the window afterwards, cheap and fully biodegradable.

Chai is actually the Hindi word for ‘tea,’ but at one time, referred to the sweetened, milky spiced (masala) drink. In the last several years, it has become a very popular drink in the West as well, and can be purchased ready-made in coffee shops and supermarkets. Needless to say, this mass produced product bears little resemblance to the original drink and the notable health benefits from the freshly ground spices are likely to be diminished or absent in the commercial products. This is especially regrettable as it is so easy to make at home and tastes so much better that way.

I have been experimenting with recipes for many years and below are a few of my favourite combinations.

The spices in chai were traditionally cardamom, cinnamon, clove, ginger and black pepper, but contemporary blends may also include star anise, fennel, nutmeg and even turmeric. There are regional variations, favourite family recipes and fierce debate about the proper way to make it; a whole culture revolves around chai, much as in England where people have a particular etiquette around taking afternoon tea.

The spices included all have a high level of volatile oils with significant pharmacological actions. They have antioxidant, anti inflammatory and anticancer effects and regular chai tea consumption is an easy way to ingest a significant level of chemoprevention (protection against cancer).

Always use fresh whole spices, ground just before use. If you purchase pre-ground spices, much of the volatile content will be dissipated, lessening the flavour and the medicinal value.

Be careful not to actually cook the milk, just bring it up to the boil and turn it off immediately. This will preserve the proteins in the milk and prevent the milk sugars from scorching.

To avoid caffeine, you can make your chai spice decoction and leave out the tea if you wish, or trade it for rooibos tea which gives the same rich mouthfeel but no caffeine.

You can also make it double strength, leave out the milk, cool it off, and dilute with sparkling mineral water to make a refreshing summer drink. 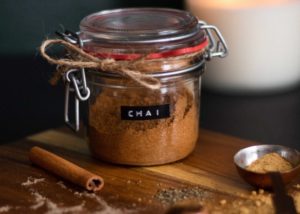 Other herbs that may be added include the Ayurvedic herb shatavari (Asparagus racemosa) which is a nutritive tonic and is slightly cooling to offset the warming qualities of the spices, or marshmallow root (Althea officinalis) for a similar purpose. Astragalus root can be used for its adaptogen, energy building and immune boosting properties, mushroom extracts will add a deep earthiness, and even flavored teas like Earl Grey or lapsang souchong can be used.

Cocoa powder, vanilla extract, nut milks in place of dairy and a range of sweeteners may be used to customize the recipe to your preference.

Make sure to keep the lid on the pan while simmering the ginger and spices, until you add the milk.
This will allow steam that contains the volatile constituents to condense inside the lid and drip back into the pan. Once you add the milk product you need to take the lid off so that you can see when it comes to the boil, as it is easy to boil it over.

In India, they would probably use more or less equal amounts of milk to decoction, but if this is too rich for your palate, reduce the amount of milk as desired.

For convenience you can grind spices ahead, a few days worth at a time and keep them in an airtight container in a cool dark place. It is also possible to simply stir a spoonful of the pre ground spices into a half cup of hot tea and top up with hot milk. This will not extract the volatile oils as effectively as the decoction, but if you actually ingest the powders, you will still get a substantial therapeutic dose of spice.

Put in a pan with 6 cups of water, cover with a well fitting lid and bring to a low simmer for 5 minutes. Add the ground spices, put the lid back on and simmer another 5 minutes.

Add one to two tablespoons of black tea or rooibos tea according to taste, put the lid back on and let it steep for 10 minutes.

In a separate pan, warm 3 – 6 cups of dairy or nut milk and add to the spice decoction. Strain into a cup through a fine strainer and sweeten to taste.

The Anti-Inflammatory and Chemopreventative Effects of Chai Tea

The Spice Apothecary by Bevin Clare (published by Storey Books)